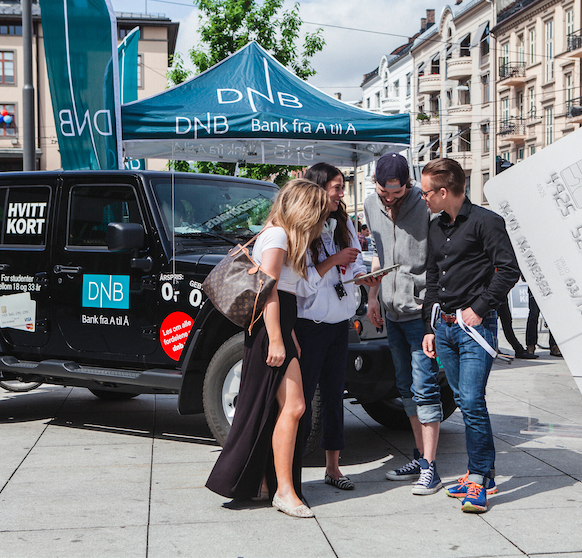 DNB’s new concept “Hvitt Kort” for students and young people, were launched by our promoters in Oslo. We met the target group on locations like BI and the University of Oslo (UiO), told them about the benefits of having the debit card “Hvitt Kort”, and how to get access to all the exciting “Hvitt Kort”-benefits. After launching in Oslo, the campaign joined VG-lista on a trip to Trondheim, Stavanger, Bergen, Tromsø and Sortland. The special designed Jeeps brought our promoters on the roadtrip.